Ale-colored sunshine and pale sky and whorls of cirrus so high they cast no shadow. Insects all business all the time. Quartz and chert and schist and chondrite iron scabs in granite. Very old land. Look around you. The horizon trembling, shapeless.

The following post is part of Spoke Proof. Tell your friends.

Dash for macOS (and by the way welcome to the universe where we type macOS with a straight face) made documentation cool by way of docsets, which are collections of indexed offline HTML files with table-of-contents and RSS-feed push publishing. Simple technologies strung together by glue and displayed in a pretty, keyboard-friendly app.

Thesis: for Haskell users, docset viewers like Dash are more or less mandatory. Most Haskell packages are a buffet of tiny functions ordered into deep hierarchies of modules. If we could get Dash and Haddock to be friends we could then 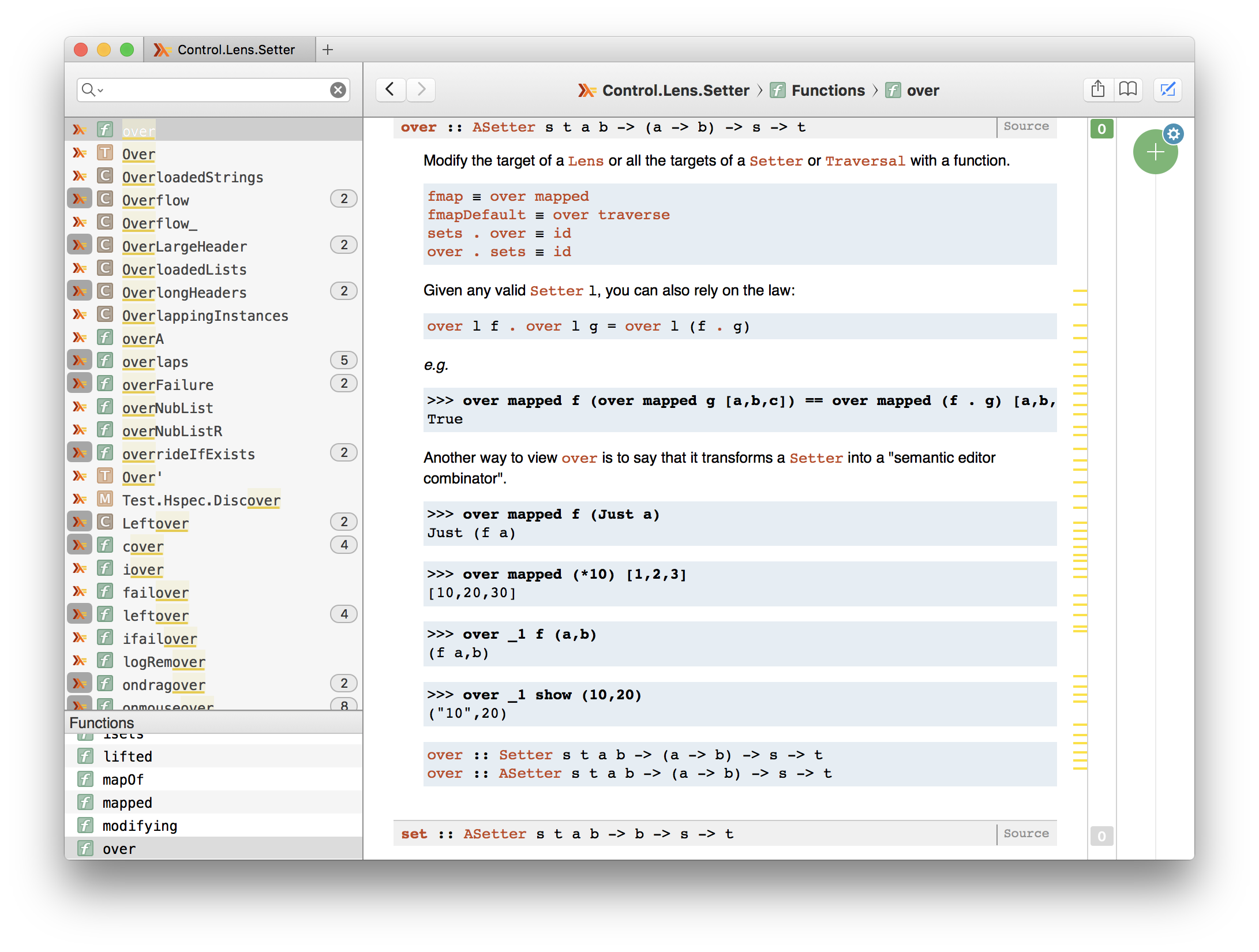 This is well within our reach thanks to philopon/haddocset, a Haskell library and executable that eats package database configuration files and uses the information to mutate a docset.

Here are the steps:

What the fuck are you doing

These pkgdb .conf files live in your .stack-work/ and .root/ directories. Unfortunately there are multiple .conf files, one for each version of a package that you have used on your machine. We want to grab all these confs and then do a mathematical set intersection with the list of transitive dependencies generated from our scratch.cabal (see below). By transitively including all our dependencies we will ensure that inter-package links in the Haddock will work.

Furthermore: when we intersect we want the latest version of each package, which is why we gsort -V and run xargs grep tail.

We already have a finished turkey in the oven

In the end you should end up with a docset like mine, generated on June 16th 2016 with the scratch.cabal below, aggressively zipped into a 33 MB download.

You should of course modify the build-depends block for the packages you use frequently. You can probably tell from mine that I am one of those heathen artless web programmers who deceive companies into paying me a market salary for the simple task of converting JSON over HTTP to SQL queries and back. By the way the NYC Originate office is hiring Haskell developers.